Can sport be used to change lives for the better? 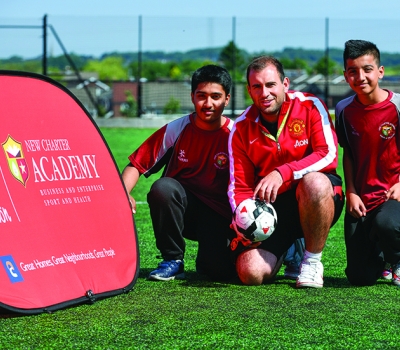 The events that took place in Manchester recently have shocked the UK and the world.  To target young children, cutting their futures short, is a crime that cannot be forgiven or forgotten.  At this terrible time, however, football has brought people together.

People are passionate about football

So what is it about football that inspires such a passion and fire within people of all ages?  In short, it brings people together, it makes us feel good about our roots, and it evokes emotions that make us extremely proud to be part of a community.

Sport is something that touches people’s lives

In sport, there are teams that win and teams that lose. A simple principle, but it’s our quest for winning and doing well in life that inspires belief in football and other sports.  To win is to succeed, and to lose is sometimes hard to take.

Recognising the huge influence that sports clubs generally have over their supporters, some of the key premier league football clubs and their Foundations, such as the Liverpool FC Foundation and the Manchester United Football Foundation, are using social marketing, behavioural change campaigns, to reach out to young people and inspire them to follow their dreams.

Reaching out to communities – raising aspirations

The Liverpool FC Foundation recently asked fans about the good causes that they wanted to be associated with, and the results were unanimous.  They want to support children and young people, by raising their aspirations, improving their employability and generally motivating them to be better people.

One example of a successful social marketing education programme aimed at young people, is the Employability Scheme.  This encourages local Liverpool youngsters to aim high when it comes to work and learning.  Using Premier League football players as role models, and links with local businesses, schools and universities, has enable the Liverpool FC Foundation to become a social marketing champion and advocate of what campaigns can achieve.

We’re Perfect Circle – an open and honest social marketing agency that delivers behavioural change for its customers.  Visit us online at perfect-circle.co.uk

The power of automated marketing

Get in touch with Perfect Circle

Our website uses various cookies. A cookie is a small file of letters and numbers that we put on your computer if you agree. These cookies allow us to distinguish you from other users of our website, which helps us to provide you with a good experience when you browse our website and also allows us to improve our site... Read more

The cookies we use are "analytical" cookies. They allow us to recognise and count the number of visitors and to see how visitors move around the site when they are using it. This helps us to improve the way our website works, for example by ensuring that users are finding what they are looking for easily. To learn more about how we control and process your data please visit our privacy policy If you do not accept the use of cookies parts of our website won't work without them. By using our website you accept our use of cookies.