Why do QR codes have the power to transform your business? 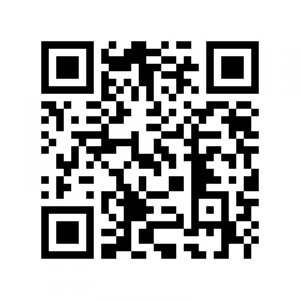 You may have seen some little black and white boxes in newspapers, on buses and even in shop windows recently and wondered what are they and what do they do? Those little black boxes are QR codes and have the power to transform any business. QR code stands for quick response code and although they are essentially a bar code, your regular barcode is 1D whereas a QR code is 2D and is converted into interactive text or a link. Most smart phones have downloadable QR readers which allow QR codes to be scanned and decoded on almost any surface. Having originally started in Japan, they are fast becoming widespread across the world as the latest way to connect potential customers to an interactive marketing campaign.

An example of an interactive marketing campaign which has utilised QR codes is Toyota’s 2012 Corolla campaign. One of the targets was to expand conversations with potential Corolla consumers. A branded mobile QR code called Toyotag was created. Toyota consumers were encouraged to use their mobiles to take photos of the Toyotag. They were then prompted by SMS to download the Toyota shopping tool app. Once the app was downloaded, consumers could view Hatsune Miku singing next to the 2012 Corolla. This video was linked to many blogs to encourage further engagement and traffic.

The results?  The Hatsune Miku concert created a 600% increase in Toyota Shopping Tool app downloads. App downloads remained above normal rates for the following week and Toyota saw a 30% jump in Corolla leads in that same time period. Extending engagement past the concert was also a goal for the campaign, and both download rates and web traffic indicated Toyota was successful. Time spent on the Corolla/Hatsune Miku web page “outpaced” time spent on the entire Corolla section of Toyota’s site for the week following the virtual concert. The web traffic for the Corolla/Miku site increased 167% from the week of September 4th to the week of September 11th, and only returned to pre-campaign rates after 7 weeks.

Due to the success of this campaign TOYOTA MOTOR SALES U.S.A. is adopting interactive bar codes across all its marketing so mobile phone-carrying customers can quickly access sales promotions, vehicle quotes, videos, safety tips and similar information. “The ToyoTag allows customers to engage with us wherever and whenever they want information,” said Michael K. Nelson. The new tag, he said, will provide one-to-one interactions with customers at all stages of interest in their products. Eventually, automakers could use such tags on billboards or in print advertisements to link to exclusive video footage of a new car model or allow users to instantly book a test drive at their nearest dealership.

One advantage of using QR codes is that they are trackable and measurable; brands can clearly see how effective and successful the campaign has been and how much traffic and engagement they have received as a result. They can see whether a person who snapped once sought more information at a later time, what information the consumer is interested in, what the company is doing wrong and what they’re doing right in terms of marketing, as well as who the potential customers are. To access such specific feedback tells you exactly where to direct your marketing, which areas of your business need improving and which areas should be at the forefront and used to attract the most customers. Essentially this inevitably results in more profit via more effective marketing spend.The possibilities really are endless.

The most active use of QR codes is in the world of marketing. This is because it has the power to connect a huge amount of potential customers to a campaign that leads to action on behalf of the customer.  Let’s say you’re sat on the bus and you see a QR code in the paper next to an advert for a product that you’re interested in, all it takes is one quick scan. Out of curiosity you’re led straight to a professional web page with all the details about the product and a ‘buy now’ button. How much more likely are you to buy the product when presented with a buy now page with great graphics and all the information needed; rather than having to wait until you get home then search for the company that you may not even remember the name of, and then search for the right product? The answer is, much more likely.

The reason why QR codes are so interactive and successful is because they are the only way to link offline and online media. Printed marketing materials become fully interactive by linking up to things such as webpage, video, audio, social media, maps, order forms. This means 24/7 interaction with a new mobile generation of customers. These customers will know exactly who you are as a QR code is flexible enough to be personalised with logos added in the middle, leaving the QR code looking professional and increasing brand awareness.

QR codes contain their own correction data, internal orientation calibration and self-alignment makers meaning the code is still readable whether it’s on a curved surface, upside down, or even slightly damaged. The technical specification for QR codes is set in the ISO-18004 standard meaning they are the same all over the world.

When managed correctly a QR code is capable of bringing profit into your business. It’s all about creativity!  A job that would take a yearly salary to manage could possibly be a job that a QR code can do for next to nothing. Once a code has been printed you can constantly alter content on the web page but still use the same QR code or vice versa, resulting in a completely new experience every time a customer scans the code. Advertisements in magazines and on leaflets may have to be submitted weeks in advance but with QR codes the information can be kept updated continuously and instantly.

The power of automated marketing

Get in touch with Perfect Circle

Our website uses various cookies. A cookie is a small file of letters and numbers that we put on your computer if you agree. These cookies allow us to distinguish you from other users of our website, which helps us to provide you with a good experience when you browse our website and also allows us to improve our site... Read more

The cookies we use are "analytical" cookies. They allow us to recognise and count the number of visitors and to see how visitors move around the site when they are using it. This helps us to improve the way our website works, for example by ensuring that users are finding what they are looking for easily. To learn more about how we control and process your data please visit our privacy policy If you do not accept the use of cookies parts of our website won't work without them. By using our website you accept our use of cookies.